After the financial sub-prime crisis in 2007/2008 the government and central bank started a new program called quantitative easing, to stimulate inflation and economic growth in the US.

What this basically means is that the Federal reserve is printing more money to buy US Government bonds, so they can injecting more money into the system trough the Government. This has an inflation effect.

After the meltdown in 2007 to 2009, the government and federal reserve started is quantitative easing program to make the economy grow again. The result of this action is that from 2008 the GDP/Dept ratio has been increasing by 75% and is still rising, in just 8 years. The ratio is at 105%, witch means that the government actually is running a default risk.

We clearly see a massive increase in government debt in a short period of time, who is the result of the quantitative easing program.

What does this means? It means that the federal reserve is forced to keep interest rate low, because the government potential can not afford to pay their debt if interest were higher.

When the GDP/dept ratio is above 100% is a massive inflation sign, simple because the government needs to constantly stimulate for inflation to keep the growth, if they stop we will go into a recession, and that is not a situation the government wants.

In the past 6-7 years we have seen a steady growth in the US economy, but it could actually be a synthetic growth created by the government, who they now sees no way out of.

The mean debt/gdp ratio in the world is 49.49%, so when we see the ratio in the US, we can see that it is an abnormal condition.

Historically when interest rate is low, bond prices usually is high. Then you got to ask yourself who want to buy expensive bond, for low returns.

People now buy bonds, hoping for it to be more expensive, so he could sell for a profit to the next guy who do the same as the guy before. Pure speculating, because they believe prices will go further up, because interest rate are going lower and lower.

Bond market who have historical been a safe steady long term investment for fixed income, is now becoming speculative.

Historically when people begin speculate because they believe it will go up forever, it’s often an early warning sign, like we did see in the sub-prime crisis. Nobody believed that the housing market could collapse, because its so safe and have never crashed before. 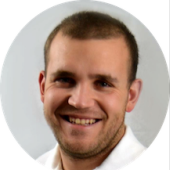